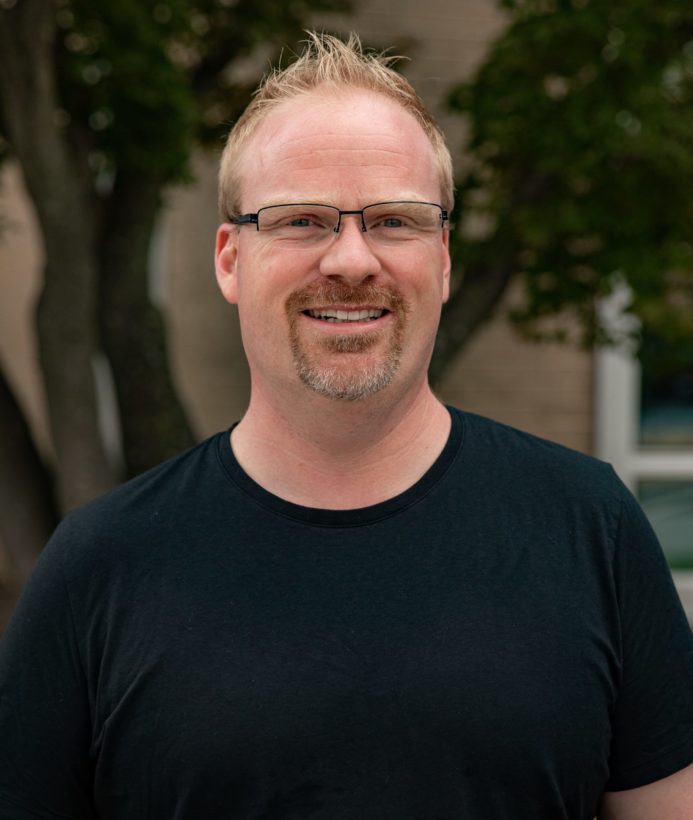 Since losing his older brother to cancer, Andy Bacik has wanted to help other children facing the dreaded disease. Laurel Ridge is helping him reach that goal.

Bacik, who lives in Stephenson, started the registered nursing program in fall 2020.

Bacik, who grew up in Michigan, arrived in Virginia in 2000 to attend Christendom College in Front Royal. He didn’t complete his degree, and instead had worked as a truck driver on and off for the past 12 years.

He lived in Florida from 2012-2017, where he ran a document-shredding facility. He and his wife, Rose, then moved back to Virginia.

Once his nursing studies started, Bacik cut back his driving duties – he operates a tanker hauling flour – to every other weekend.

When Bacik was 12, his 16-year-old brother, Peter, was diagnosed with cancer.

“I always wanted to do something to help,” Bacik said.

As a child, this took the form of participating in bike-a-thons for cancer research. His brother’s cancer returned two more times, and Peter died of it at age 30.

“I never thought I could actually do what I’m doing,” Bacik said of returning to school. “I didn’t think I had the book smarts. It took my wife several years of convincing me that I could do it.”

Rose Bacik is a registered nurse at Winchester Medical Center. She earned her certified nursing assistant and licensed practical nurse credentials at Laurel Ridge, and later attained her bachelor of science degree in nursing in Florida.

Bacik enrolled in Laurel Ridge for the spring 2019 semester, and began taking prerequisite courses for the nursing program.

“I wanted to do something in memory of my brother,” Bacik said. “This was probably the best way I could do something like that. My ultimate goal is to work for a hospital like St. Jude’s Children’s Research Hospital in pediatric oncology.”

Among his favorite classes so far at Laurel Ridge has been anatomy and physiology with Professor Jeff Hollar.

“There were some aspects of it that were really hard for me, but he’s a really engaging professor,” said Bacik.

“I really enjoy it,” he said of going back to college nearly two decades after his first shot at it. “I never thought I would be happy to go to school. I really look forward to the classroom setting, engaging with my professors and classmates.

“Returning to college wasn’t what I expected it to be. Probably 99 percent of my fears were unfounded.”